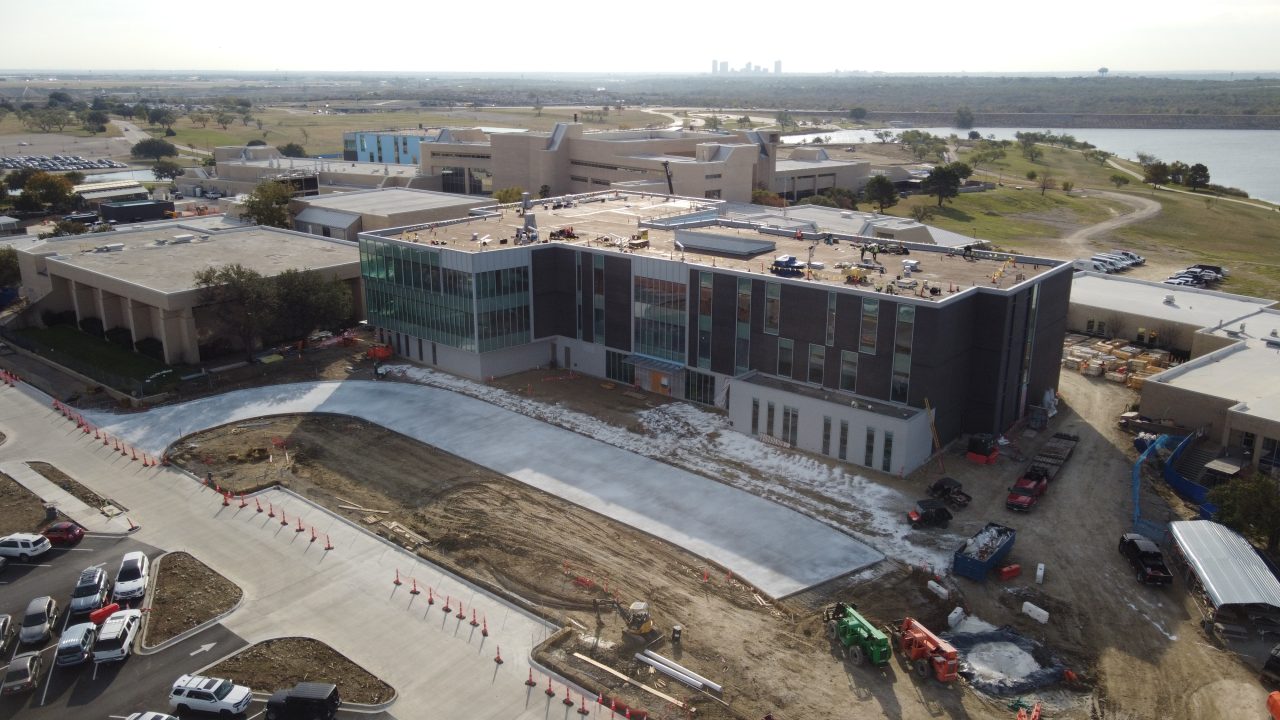 The upcoming year will mark a turning point in the TCC Northwest Redevelopment Program as the campus welcomes new buildings, says adieu to some old ones and witnesses the beginning of the end as the third and fourth major buildings start to take shape.

Probably the most welcome aspect of the new year, however, will be the reopening of the south parking lot in January and with much less reliance on the gravelly, dusty, sometimes muddy temporary lot.

The first two new buildings, NW01 and NW05, are now “dried in” and thus protected from weather and will be gussied up with paint and flooring in anticipation of furniture and technology hardware. NW05 will open in May of 2023 and NW01 in October of 2023. The moving-in will be coordinated by a professional consultant, who will begin working with faculty and staff in the early spring.

Student services, including Financial Aid, Business Services and Registrar, will temporarily relocate from May to October in NW05 before reaching their permanent homes in NW01.

Prior to the move, two new classrooms will be built in the WATB hangar to furnish “swing space,” or temporary quarters for the Art Department, and one classroom will be renovated in WATB to house Horticulture. Also, a new greenhouse for Horticulture will be built to take in plants from the present facility near WCTS scheduled for demolition.

Demolitions to make way for newcomers NW02 and NW03 are to begin in June and will involve WFAB, WTLO and WSTU. WCTS will hang around for another six months for swing space but will be demolished after the NW01 move is completed.

Once WFAB and WCTS are history, preliminary earthwork gets underway for NW02 and NW03.

The Redevelopment program is scheduled to end around the end of 2025.